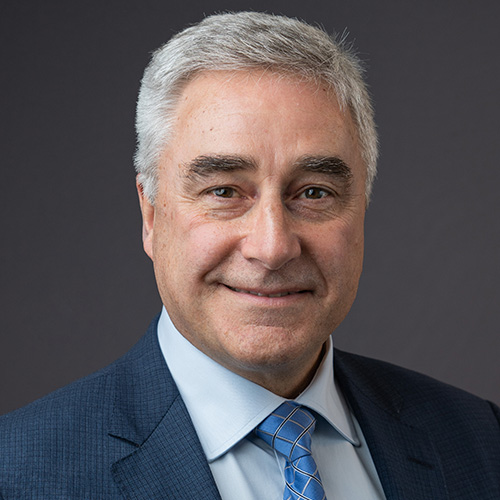 Colin Clark is Chief Technical Officer of Brookfield Renewable. He is the senior executive providing global leadership of the engineering and technical aspects of the power businesses of Brookfield.

He was previously President and CEO and a Director of Brookfield subsidiary Great Lakes Power Limited. Mr. Clark was also Senior Vice-President, Operations of Brookfield Power Corporation, where he was responsible for the operations of all of Brookfield’s generation, transmission, and distribution businesses in North America.

Mr Clark has nearly 40 years of experience in the electric power generation, transmission and distribution sectors. His duties have included engineering and senior management in all areas of electric utility operations, covering design, construction, maintenance, system operations, and development. Mr Clark has also had executive accountability or direct management responsibility for the design, construction, or evaluation of many electric power generation, transmission, and distribution projects.

Mr Clark is also a Professional Engineer, a Member and Vice-Chair of the Governing Council, Standards Council of Canada (SCC); President-elect of the Canadian National Committee, International Electrotechnical Commission (CANC/IEC); Member, Council Board, International Electrotechnical Commission (IEC); Founding Life Member, Former Director, and Past Chair, Canadian Hydropower Association (CHA); Member of the Board of Directors, Vice-President, and Chair of the Governance and Finance Committee, International Hydropower Association (IHA); Member and former Chair of the Generation Council, Canadian Electricity Association (CEA). He has also been an active member or director of numerous other industry associations, advisory bodies, boards, councils, and committees.