The world’s largest turbine is a hydropower turbine and can produce 1,000 MW of renewable energy. Not one, but sixteen of these mega-turbines are being installed at the Baihetan hydropower station in China between June 2021 and July 2022. By comparison, the largest offshore wind turbine in the world has a capacity of 15 MW and will be commercially available in 2024.

Eight turbine runners of Baihetan are equipped with 15 blades, each weighing 12 tons. The others are equipped with 30 blades, 15 short ones weighing 3.8 tons and 15 long ones weighing 8.5 tons each. The design of the turbine allows for the conversion of 96.7% of the kinetic energy from water into electric energy, a unique performance, given the dimensions of the equipment.

A single unit, which comprises a turbine, a generator and its ancillary equipment, is 50m high and weighs more than 7,500 tons, almost as much as the weight of the Eiffel Tower. The stability of the equipment is impressive: when the turbines on the left bank spin at 111.1 revolutions per minute, the units swing on a scale smaller than the diameter of a single strand of hair (0.05 mm).

There are only 125 units with a capacity of over 700 MW currently under construction and in operation in the world. 104 of them are in China, where four of the world’s top five hydropower stations are located.

To deliver the 1,000-MW turbine, engineers had to innovate on a range of technical matters. For example, before the construction of Baihetan station, the highest voltage of generators was only 23 kV. But the station required a rated voltage of 24 kV. Progress in air cooling technology, to prevent overheating of the equipment, was also necessary.

Once all units are operational, the daily power production at Baihetan will be able to meet the demand of more than 500,000 people for a full year. At a time when governments are looking for ways to accelerate the deployment of renewable energy, technological feats such as this one are much welcome.

Chinese operators are using AI to inspect their power plants 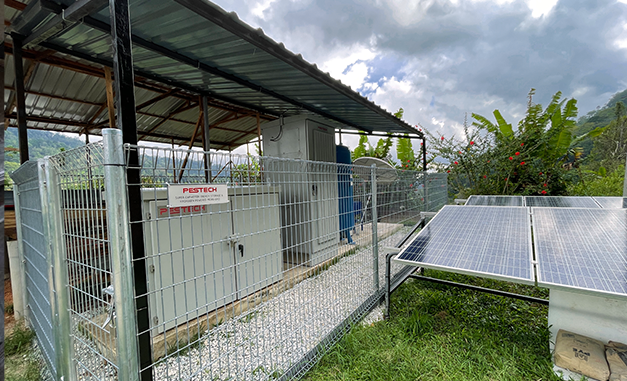