As governments gather for the 26th UN Climate Change Conference of the Parties (COP26) in Glasgow, the sector is challenging policymakers to urgently scale up investment in hydropower to provide green energy storage and flexibility in order to ensure the resilience of the electricity system.

This year’s climate negotiations bring together heads of government, climate experts and campaigners to agree coordinated action to tackle climate change. A central expectation of COP26 is for governments to accelerate their decarbonisation measures for the decade to 2030.

IHA will represent its members at this historic event as an observer organisation, with Malcolm Turnbull, former Australian Prime Minister and Co-Chair of the International Forum on Pumped Storage Hydropower, joining the IHA delegation in Glasgow.

Eddie Rich, CEO of the International Hydropower Association (IHA) said its members want to see recognition by policymakers of hydropower’s importance to the successful integration of more variable renewables on national electricity grids.

IHA is calling on leaders at COP26 to heed the call of the International Energy Agency (IEA), which has declared that “reaching net zero emissions by 2050 worldwide calls for a huge increase in hydropower ambitions” and a potential doubling of installed capacity by 2050.

Mr Rich said: “Decarbonising electricity grids involves a shift to more renewable energy, such as wind and solar power. But this creates a significant new challenge. As we rely more and more on these intermittent resources, not enough governments have made provision for backing them up with reliable, green storage. It is the crisis within the crisis. Just as we should be accelerating, we might stall.

“The only proven decarbonised renewable technology able to support solar and wind at scale is hydropower. As sustainable hydropower plants such as off-river pumped storage often take a decade to build, urgent investment decisions need to be taken now or, as far as the 2050 net zero target is concerned, the train will have left the station.”

In addition, IHA is taking a new industry-wide commitment to more sustainable hydropower practices – the San Jose Declaration on Sustainable Hydropower – to COP26 to support IHA’s call for more hydropower. The declaration was agreed at the 2021 World Hydropower Congress in September 2021 and handed to COP26 President Alok Sharma.

The San Jose Declaration sets out how hydropower will help to deliver on the clean energy transition needed to limit global warming and meet the commitments of the 2015 Paris Agreement.

Alok Sharma said: “This Declaration is a first vital step in increasing the global deployment of hydropower, with solid principles to guide the developments of projects, and sound recommendations for governments and policy-makers developed in consultation with businesses, financial institutions and civil society. And this exemplifies the collaborative approach we need to make the clean energy transition a reality.”

This roundtable event hosted by SSE Renewables will bring together  developers, policy-makers, environmentalists and experts to discuss the  growing need for long-duration energy storage and what policy and regulatory changes are needed to ensure they can support  the speed, scale and complexity of the net-zero transition.

With the right policy and regulatory framework, the UK can unlock development in new pumped-hydro storage capacity, which is the most cost-effective and proven technology to deliver flexibility and storage at  scale.

Hydropower in Russia: the sustainable legacy

The International Hydropower Association (IHA) will participate in this COP26 side event exploring hydropower’s role in the energy transition in Russia, organised by En+ Group and hosted by the Government of Russia.

Russia ranks second in the world for undeveloped hydropower resources, with only 19% of it currently utilised. However, hydropower lies at the core of the global energy transition.

A large proportion of Russian hydropower is rooted in the history of  the country. Today, hydropower has transformed into a sustainable legacy. The  session will bring together representatives of major global energy  partnerships, as well as the two largest Russian hydropower producers to  discuss the potential of hydropower in Russia’s energy transition

The International Hydropower Association (IHA) comes together with the  International Energy Agency (IEA) and the Government of Tajikistan to co-host  this COP26 side event exploring how hydropower can provide renewable and  environmentally friendly energy, ensure long-term water availability and  prevent water-related natural disasters. The event is hosted by the Stockholm  International Water Institute (SIWI).

Hydropower, if developed in line with international good practices in  sustainability, has a vital contribution to make to the climate agenda. In a  series of speeches and discussions, this event will explore how hydropower  can complement other renewable energy sources, how it can be developed  sustainably in the 21st century, and how finance resources can be unlocked to  ensure it plays its best role in meeting climate targets.

The San José Declaration: a Vision for Sustainable Hydropower

How can hydropower best contribute to meeting climate targets?

The International Hydropower Association (IHA) and the Government of Costa Rica co-host this panel discussion on hydropower’s role in tackling climate change, following the launch of the San José Declaration on  Sustainable Hydropower in September 2021.

The world cannot achieve net-zero emissions by 2050 without the  flexibility and balance that sustainable hydropower provides to clean energy  systems. Appointed by representatives of governments, NGOs, hydropower  industry, financial institutions and academia, the 2021 San José Declaration  on Sustainable Hydropower outlines a new progressive vision for sustainable  hydropower to play its best role in the clean energy transition. ‍

More information about COP26: browse the agenda on the official website www.ukcop26.org. 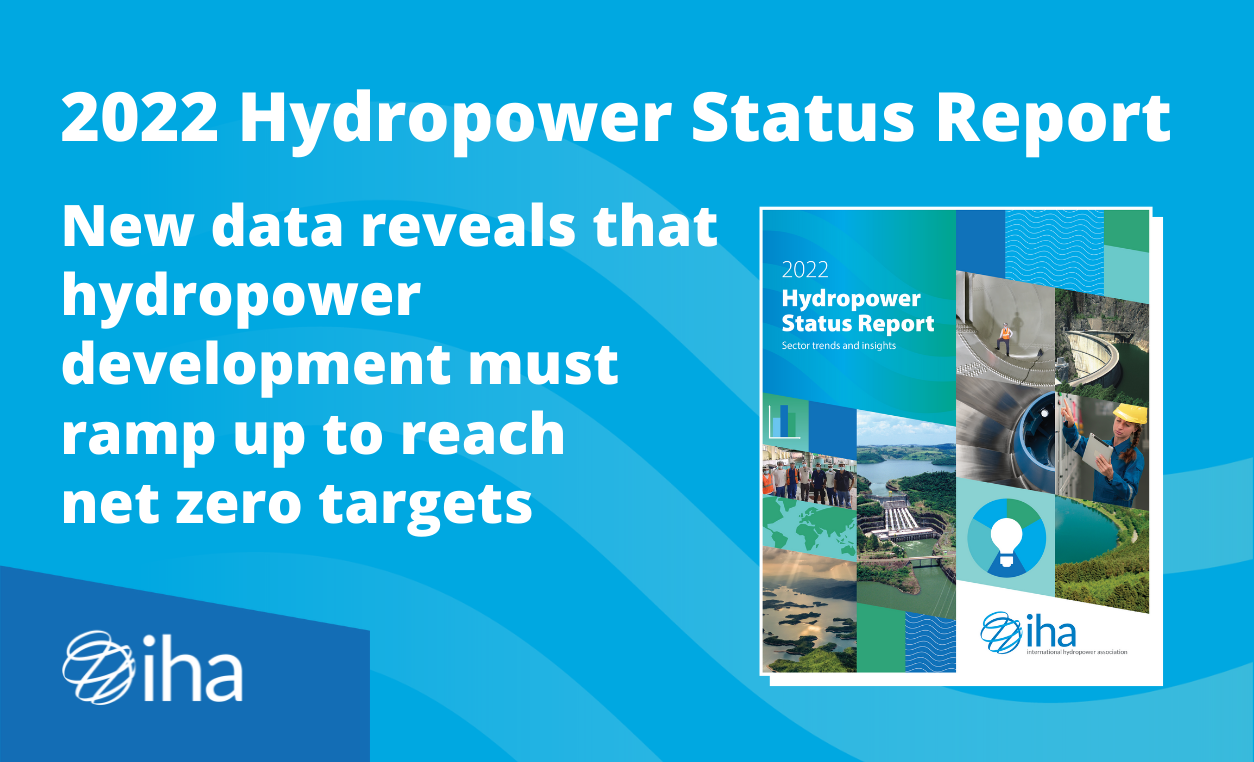 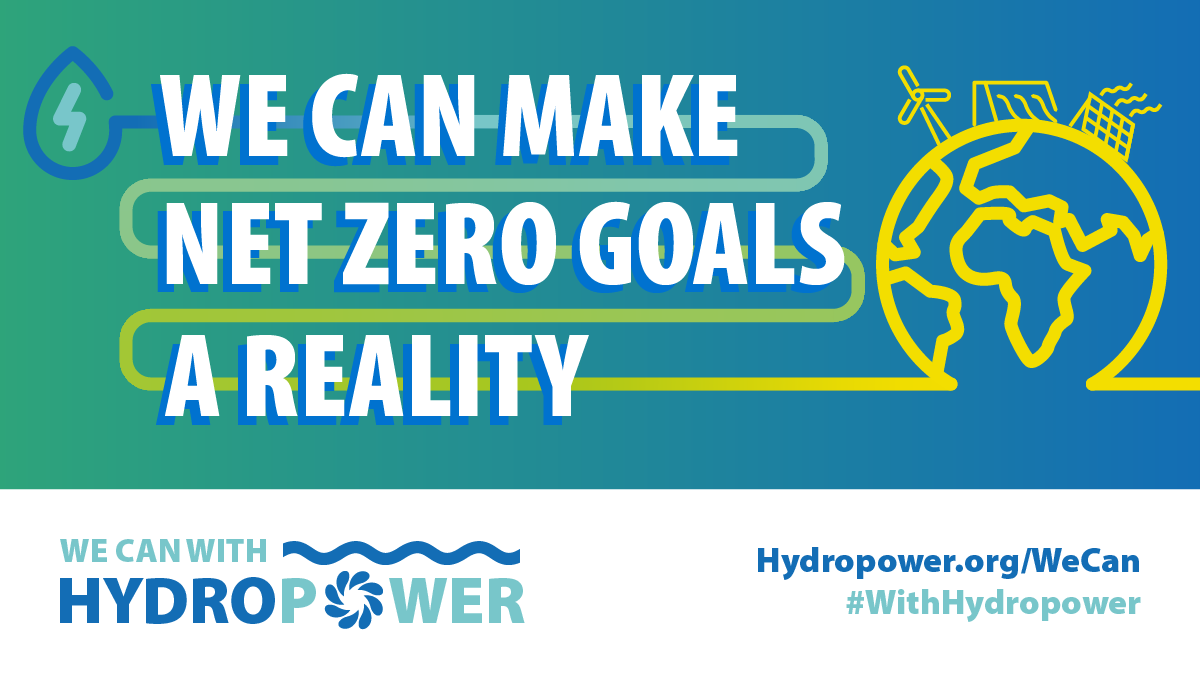