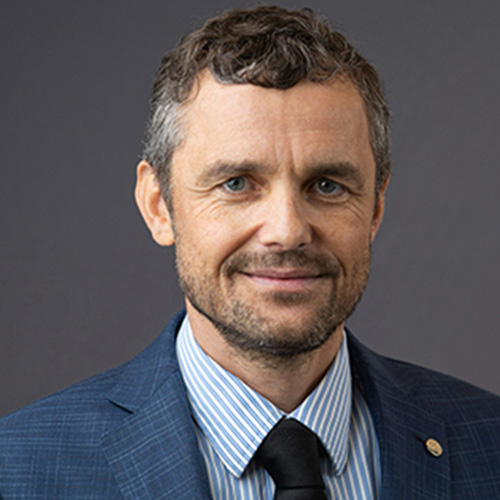 Dr Óli Sveinsson is IHA Vice President and Executive Vice President of Research and Development at Landsvirkjun, the National Power Company of Iceland.

He has a degree in physics from the University of Iceland (1995), and MSc (1998) and PhD (2002) degrees in civil engineering specialising in hydrological processes from Colorado State University.

Óli did postgraduate work (2002–04) at the International Research Institute for Climate Prediction, Columbia University. Early in his career he worked as a hydrologic surveyor for the National Energy Authority of Iceland and as a surveyor for an engineering consulting office. He has been a lecturer at both college and university level and provided consultancy services.

Since 2004, Óli has worked for Landsvirkjun or its subsidiaries, first as a department head for engineering research, and since end of year 2010 as executive vice president of research and development. The research and development division manages investigations and preparations of new-renewable power projects, increases flexibility in energy production and introduces innovation into energy production.