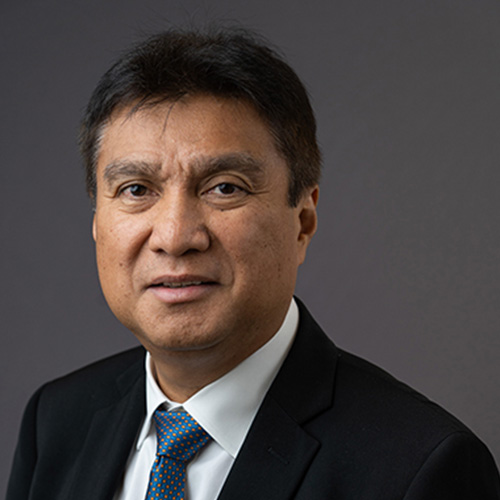 Sharbini Suhaili is Group CEO of Sarawak Energy, a state-owned corporation entrusted with the overall development, generation, transmission, distribution and sale of electricity in Sarawak, Malaysia to about 640,000 organic, bulk and export customers.

Customers in Sarawak enjoy among the lowest electricity tariffs in South East Asia as a result of hydropower, which makes up almost 75 per cent of the generation mix. For enhanced security of supply, the balance of the generation mix comes from thermal power plants powered by indigenous gas and coal resources. Stand-alone solar hybrid, diesel, solar and micro-hydro grid systems electrify the state’s remote rural communities.

Sarawak Energy owns and operates three HEPs - the 108MW Batang Ai, the 944 MW Murum and the 2,400MW Bakun. Sharbini led the acquisition of Bakun, one of South East Asia’s largest HEPs, into the Sarawak Energy stable in 2017. He is committed to ensuring the 1,285MW Baleh HEP, due for completion in 2025, incorporates International Hydropower Association (IHA) sustainability best practices into its development.

Sharbini is advancing Sarawak Energy's agenda of sustainable and continuous growth with a strategy roadmap designed to consolidate, protect and optimise the value created by its transformation from a traditional utility into a corporate powerhouse by focusing on excellence in operations and HSE, project delivery and talent management enabled by a high performance organisational culture.

As Sarawak Energy grows its regional presence, Sharbini regularly represents the corporation at national and international level conferences. He was a panellist in the discussion on ‘Developing Renewable Hydro – Energising the Future’ at the National Clean Energy Summit organised by the Asian Strategy and Leadership Institute (ASLI) and delivered the keynote address ‘Delivering Reliable Power through Sustainable Energy Development’ at the regional Power Plant Innovation Summit.

On the IHA Board since 2017, Sharbini’s other directorships include a seat on the board of Petros, a wholly state-owned petroleum company. He has also been appointed by the state government to lead the digital infrastructure stream of Sarawak’s Digital Economy initiative.

Sharbini joined Sarawak Energy in November 2016 after 30 years in the petroleum industry. He has worked for Royal Dutch Shell and PETRONAS in various technical and leadership roles in Upstream, Gas & Power asset development and production, planning, strategy and commercial as well as business development. His last role in PETRONAS was as Group Vice President of Health, Safety, Security and Environment after serving as Vice President, Upstream International looking after Europe, Africa, Australasia and the Middle East.

Sharbini holds a degree in engineering (Hons) from University of Leeds, UK, and a masters in business administration (MBA) from Henley Management College, UK.